London Biggin Hill Airport is an airport at Biggin Hill in Bromley, South East London and is an ideal choice for private jet charter flights in and out of Central London. At just 12 miles from London's financial centre and West End, Biggin Hill is a dedicated business aviation airport in London and is just a 50 minute car drive or a 6 minute private helicopter transfer from and to the London Heliport.

After the airfield was vacated by the RAF in 1958, and following the forthcoming closure of nearby London Airport in Croydon, the airfield was used for light aviation relocating to Biggin Hill and once Croydon shut its doors for good, Biggin Hill was mainly used by civilians and occasional military use.

Today, the airport is mainly used for civilian flights, business aviation and corporate shuttles. A £15M development plans was announced in 2017 to create new office space, a hangar and aircraft parking. In 2018 Biggin Hill extended its opening hours to private aviation.

London Biggin Hill Airport in London, United Kingdom has a runway length of 5932 feet and is suitable for 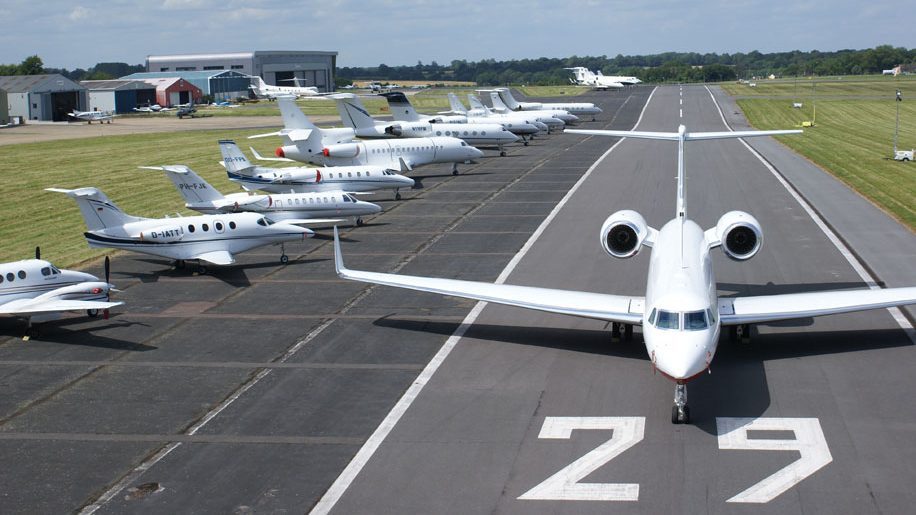