Fairoaks Airport is a private airfield, located in Surrey - southwest of London.

The location offers an excellent charter option for small props, small jet and helicopter flights going to and from London.

Fairoaks Airport (ICAO: EGTF) is an operational general aviation airport by the A319 between Chobham and Ottershaw in Surrey, England. It is 2 NM (3.7 km; 2.3 mi) north of the major town of Woking and for passengers is 2.8 miles (4.5 km) from Junction 11 of the M25 motorway which is between the M3 and A3 junctions.

Fairoaks Airport originally opened as a private airfield in 1931, but was used for military flights and Tiger Moth pilot training during World War II. During the 1960s the airport was bought by a helicopter operator, and in the late 1970s a hard runway was constructed at Fairoaks, allowing chartered private aircraft to use the airport.Fairoaks Airport is located just outside the village of Chobham, near Woking in Surrey.

Fairoaks Airport is approximately 1 hour from the centre of London by car, close to the M25 / M3 motorway junction and is an excellent option for helicopter transfers to locations in and around London.

At Fairoaks Airport your car can be driven to the steps of your private aircraft, which makes Fairoaks ideal for customers looking for extra privacy on their private jet flight. 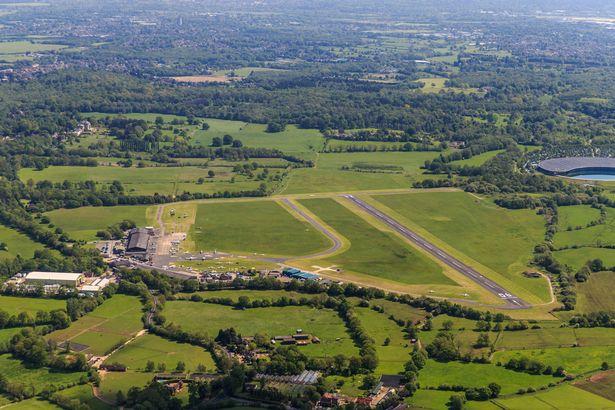